Christians, Keep Your Opinions to Yourself

(Disclaimer: This post is not to bash or speak badly of anyone. I’m simply using my experiences to try to get my message across.)

It’s been a rough few weeks for this country. My heart hurts for everyone. However, I have to say something.

Following the shooting in Dallas, TX, I’m just going to assume that they needed someone to use to take out they’re frustration, so I guess that they chose me.

I was sitting with a group of these people while they were talking about the shooting in Dallas. It was only the morning after, so I didn’t know much about the story. I made the mistake of asking, “Wasn’t is a black lives matter protester who was the shooter?” One of my friends angerly responded, “What, did you hear that from Fox News???”

That was the first blow.

The minutes following that comment were filled with hateful conversation about how evil and racist police are. I had enough and said, “Aren’t these ‘peaceful’ protesters the same ones who destroyed Ferguson?” They all but bit my head off.

For the rest of the day I was catching crap from people.

Later in the day, I was telling the same people (who were supposed to be my friends) about how I was sexually harassed a few weeks prior. Instead of taking my side and asking me if I was ok, one of the girls said, to my face, in front of everyone else, “I don’t think that happened… You would have told a manager if that had actually happened.” I quickly told her that I told three managers immediately after it happened.

These are the same people who are anti-racism, anti-sexism, anti-homophobic, etc. And when I told them about what happened to me, she accused me of lying and not a single person stood with me.

I’ve tried to be a model Christian their. They have never heard me say anything negative about anyone else, I always bend over backwards to be kind and considerate, and I’ve never shown any hint of discrimination. These people turned on me so quickly that it made my head spin.

So let me ask you left-wing people this. Why is it that when I don’t agree with your opinion, I have to keep it to myself, but the second you disagree with anything I say, you attack me? Double-standard much?

Plenty of other things happened that day, but I’m not going to get into that.

The funny thing is that these people who treated me this way were all white people. It wasn’t even a race thing. They were just angry people.

Now, from what I’ve experienced, these people aren’t usually like this. I understand that what probably happened is that they needed someone to project their anger on, and they (consciously or subconsciously) used me. And all I did was ask a question.

There are so many people who are hurting right now, and we need to be there to calm things down, instead of riling them up.

(Now, to those who read this, I’m perfectly safe. I’m fairly certain that the extent of this is just verbal. Please don’t worry about my safety.)

Is this acceptable behavior? No. Should we allow them to treat us this way? Of course not. But there is a right and a wrong way to handle things. If you don’t know how to handle it, then pray for them. Even when they hurt you. Just pray for them. And when in doubt, show them the love and forgiveness that Jesus shows you everyday.

I forgave every one of the people who treated me badly the moment that they did it. I still love them dearly. And I’m still going to do my best to witness to them. I don’t know what all was going on in their lives. Maybe a Christian has hurt them in the past. There is no way of me knowing.

But now I’m just going down a rabbit trail.

So here is what I need to tell you, Christians: Share the Gospel. Share your faith. Make it know that you know the good news of Jesus. But keep your opinions to yourself. Don’t let the pride of your opinions get in the way of the Gospel. I didn’t even share my opinion to those people. All I did was ask questions and they attacked. It’s not worth it. Nothing you say is going to change their mind. All it’s going to do is push them away. It’s better to boil on the inside and help lead them to salvation than it is to explode and push them away.

You’d better believe that I have plenty of things that I want to say to them. I want to argue their opinions with the fiery passion that comes with being a red-headed patriot. But I love them too much and care too much about their salvation.

This is so important, especially during this election season.

PLEASE SHUT THE HECK UP!

You guys, we are losing so many potential Christians because so many of us are too stupid and stubborn to shut up.

I know you hate Hilary, or hate Trump, but please believe me when I say no one gives a rats behind about what you think. All it does is push people away and makes it harder for those of us who are trying to reach people with the gospel. Please stop making me apologize for y’all’s behavior. Most of you don’t realize the damage that you’re doing because you’re not as deep into the left-wing environment as I am.

The only thing that I am doing right now (as far as expressing my opinion) is defending our police. I will always defend our law enforcement, but there is a right way to do it and a wrong way to do it.

Instead of acting out of anger or frustration, think about how Jesus would handle it. That’s literally how I handle everything. If Jesus wouldn’t say it, then don’t.

Show people the love that Jesus would show. 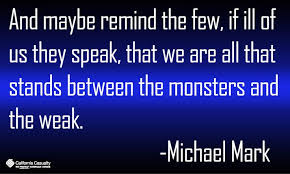 This entry was posted on July 10, 2016 by Lacy King. It was filed under Discernment and was tagged with Compassion, Faith, Forgiveness, Love.